The performance of an optical system is influenced by the wavelength of the light used.

When designing an optical system, you can choose whether to optimize it on a single wavelength or on a range of wavelengths.

The wider the desired wavelength range, the more complex the optical system must be in order to correct chromatic aberrations (for example by using achromatic doublets, a larger number of lenses and more complex optical glasses). It is therefore preferable, where possible, to use monochromatic lighting: this simplifies the optical system, reducing the number of components in favor of greater stability and efficiency.

Choosing the wavelength is never an easy task and may depend on various factors, including

An optical system optimized over a wide range of wavelengths, as in the case of white, can be successfully used even in monochromatic light, provided that the wavelength of said light falls within the range for which the system has been designed.

By using a wavelength outside the design range, the performance of the optical system will drastically worsen, to the point of making it completely unusable beyond a certain wavelength: the anti-reflective coating specialized on the range of design wavelengths will no longer be efficient, and some lenses may be made of opaque material at the out-of-range wavelengths used.

Many machine vision applications require a very specific light wavelength that can be generated with quasi-monochromatic light sources or with the aid of optical filters. In the field of image processing, the choice of the proper light wavelength is key to emphasize only certain colored features of the object being imaged.

The relationship between wavelength (i.e. the light color) and the object color is shown in the picture. Using a wavelength that matches the color of the feature of interest will highlight this specific feature and viceversa, i.e. using opposite colors to darken non relevant features. 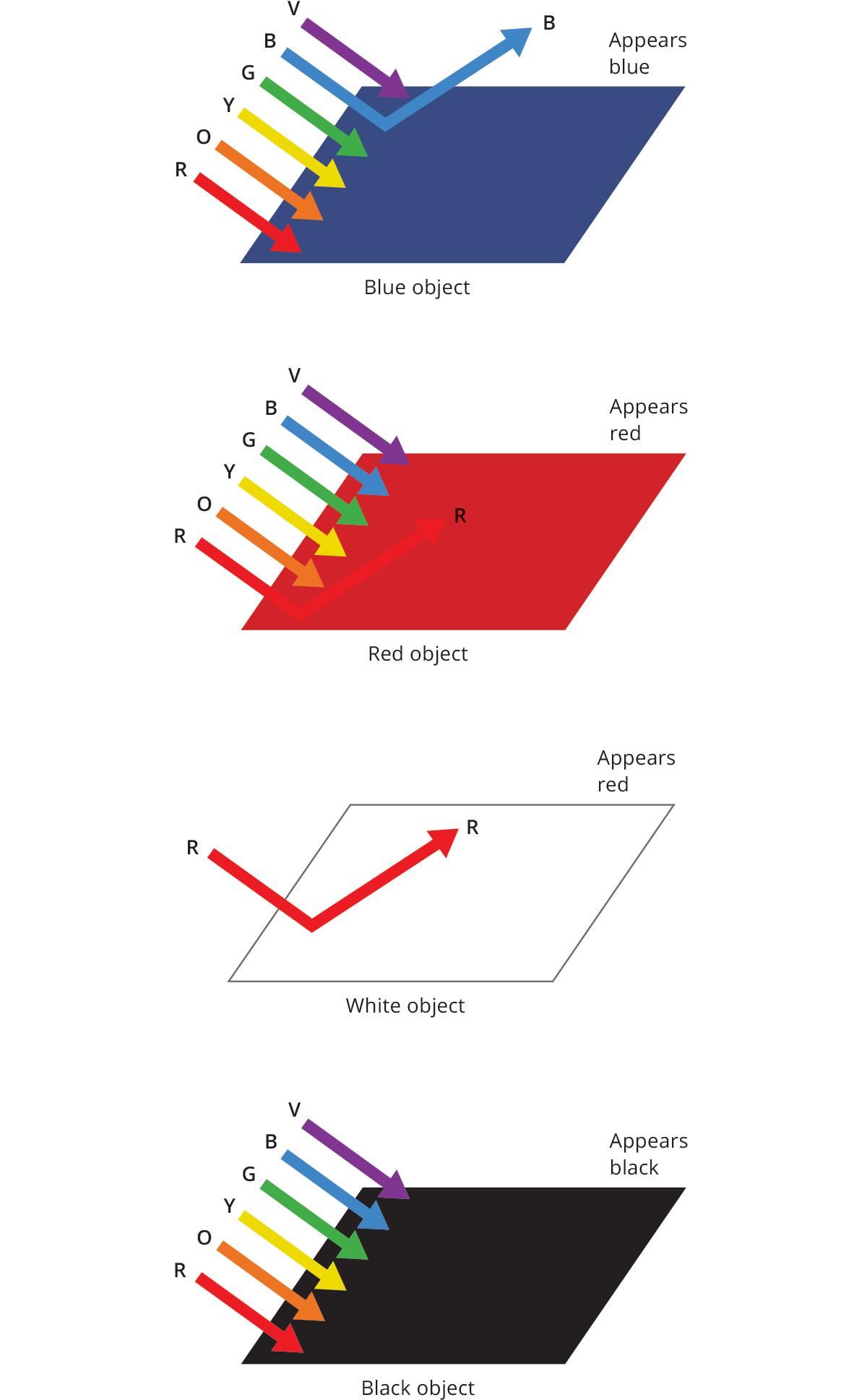 Additionally it must be considered that there is a big difference in terms of sensitivity between the human eye and a CMOS or CCD sensor. Therefore it is important to do an initial assessment of the vision system to determine how it perceives the object, in fact what human eyes see might be misleading.

Monochromatic light can be obtained in two ways: we can prevent extraneous wavelengths from reaching the sensor by means of optical filters, or we can use monochromatic sources.