When the outlines have been extracted, the geometrical primitives must be extracted from them.

The main ones are:

In both cases, the most commonly used algorithm is minimization, with the least-squares of the distance of the data points from the line or from the circumference.

Or, the weight can depend on the distance between the points and the calculated line or circumference. 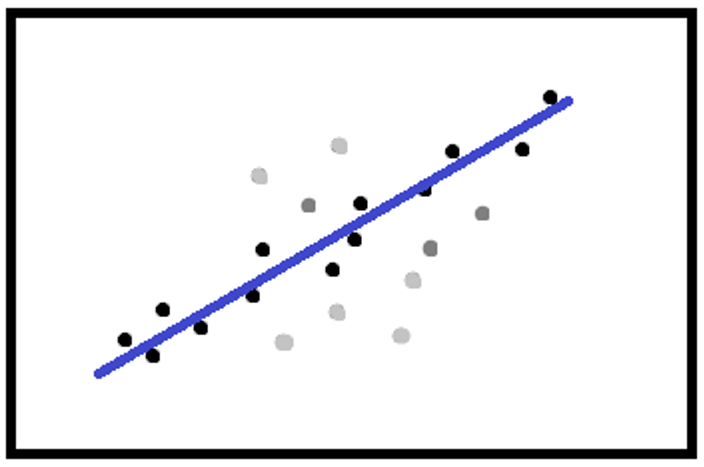 There are many functions to calculate the weights, the main ones being:

Where c is a value chosen by the user, d is the distance of the point of the primitive.

Sometimes, the RANSAC algorithm is used to build a robust fit.

The most commonly used algorithm is an algebraic method, called the Fitzgibbon method. 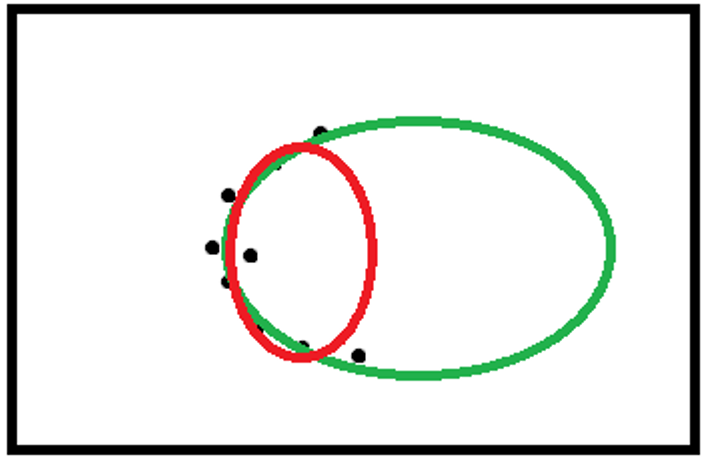 The algorithm outcome may be the red ellipse, though the green ellipse is the correct one.