Scheimpflug optics are a special class of lenses, either of the fixed focal, macro or telecentric type, designed to meet the Scheimpflug criterion.

Suppose that the object plane of an optical setup is not parallel to the image plane (e.g. a camera-lens system imaging a flat target at 45°): this causes the image to be sharp only where the focus plane and the target plane intersect. Since the image and object planes are conjugated, tilting the first plane by a certain angle will also cause the latter to tilt by a corresponding angle. Once the focus plane is aligned to the target plane, focus across the image is restored.

The angle at which the sensor plane must be tilted is given by the Scheimpflug criterion:

It is clear that at high magnifications this condition is impossible to meet, since an object plane tilted by 45° would require to tilt the sensor by 80°, causing severe mechanical and vignetting issues (see picture, where M=5 black, M=1 blue, M=0.25 red). 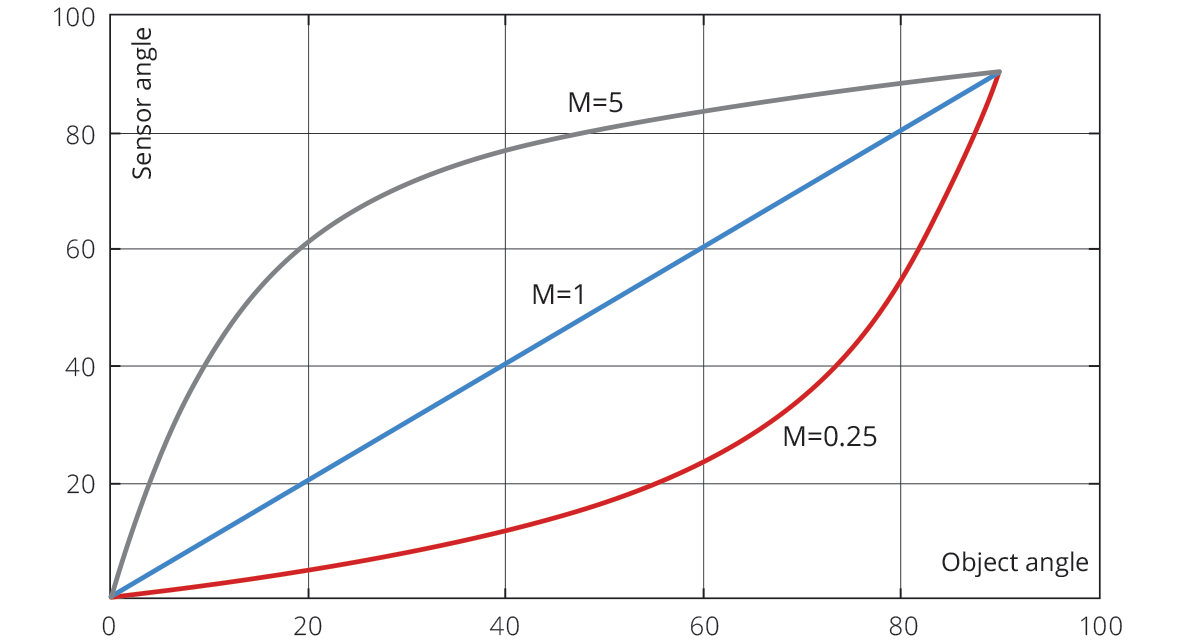 Image plane tilting is practically realized by changing the angle of the camera with respect to the optics by means of special tiltable mounts: the picture below illustrates an example of a Scheimpflug telecentric setup. 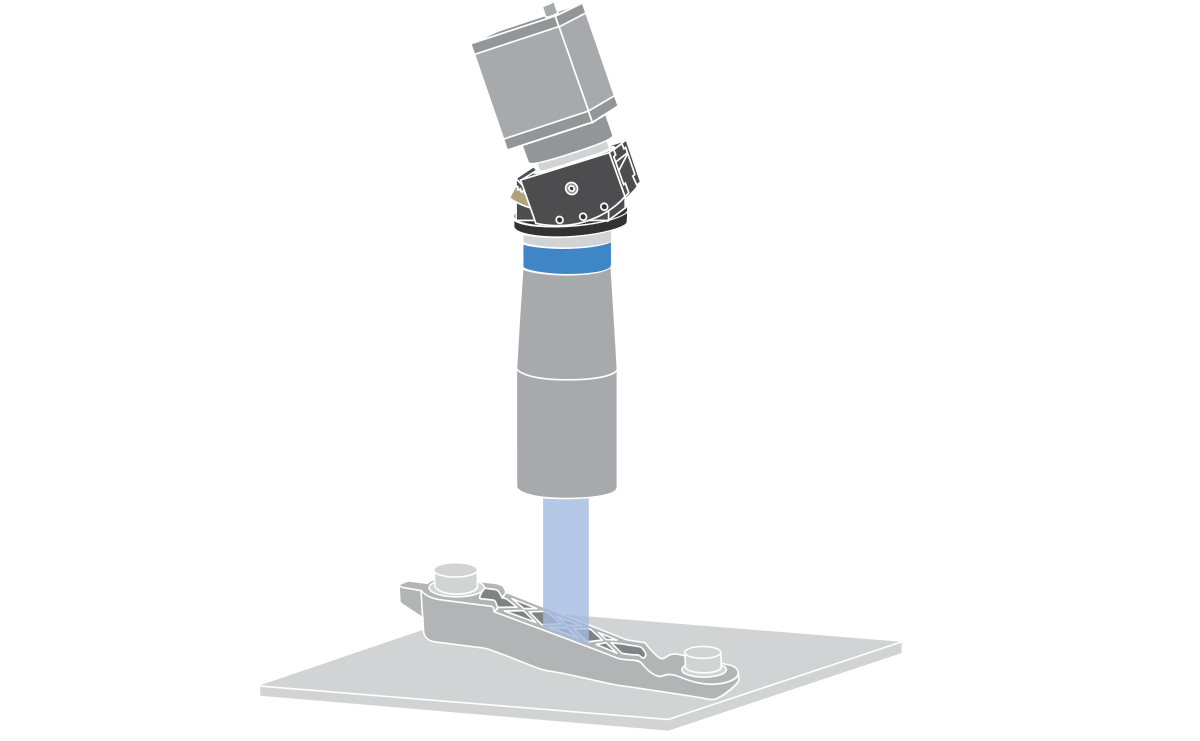