Exposure time is the amount of time in which light is allowed to reach the sensor. The higher this value, the higher the quantity of light represented on the resulting image. Increasing the exposure time is the first and easiest solution when light is not enough but it is not free from issues: first, noise always increases with the exposure time; also, blur effects can appear when dealing with moving objects. In fact, if the exposure time is too high, the object will be impressed on a number of different pixels, causing the well-known ‘motion blur’ effect. Furthermore, too long exposure times can lead to overexposure – namely, when a number of pixels reach maximum capacity and thus appear to be white, even if the light intensity on each pixel is actually different. Finally, long exposure times reduce the maximum frame rate achievable. 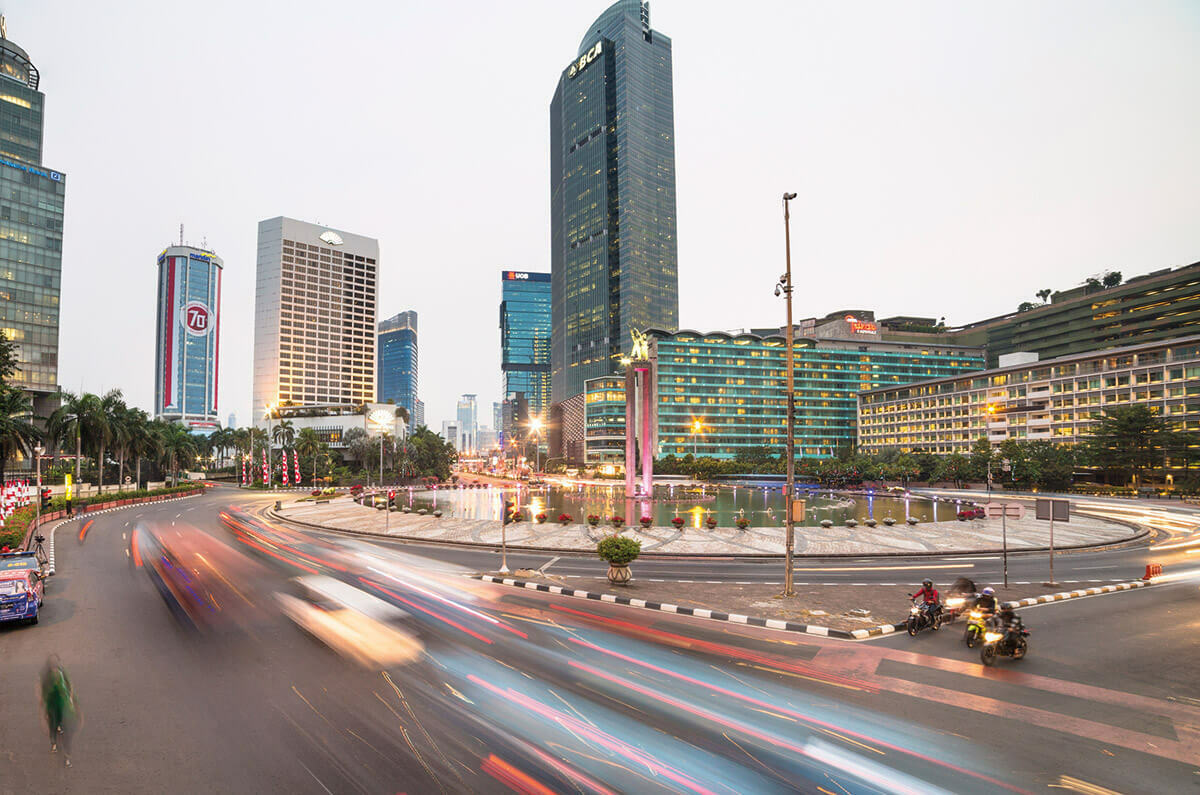 Frame rate. This is the frequency at which a complete image is captured by the sensor, usually expressed in frames per second (fps). It is clear that the frame rate must be adjusted to the application: a line inspecting 1000 bottles per minute must be able to take images with a minimum frame rate of 1000/60 = 17 fps.

Triggering. Most cameras give the possibility to control the beginning of the acquisition process, adjusting it to the application. A typical triggering system is one in which light is activated together with the image acquisition after receiving an input from an external device (e.g. position sensor). This technique is essential when taking images of moving objects, in order to ensure that the features of interest are in the field of view of the imaging system.

Gain in a digital camera represents a way for increasing the amount of signal collected by the image sensor. Increasing the gain means increases the image noise as well, so that the overall SNR will be unchanged.

Therefore, increasing the gain doesn't increase image quality! So, the gain of a camera must be used as a last resort to increase brightness (only when the user cannot work on illumination, exposure time and F#).

Binning is the camera feature that combines the readout of adjacent pixels on the sensor, usually in rows/columns, more often in 2 x 2 or 4 x 4 squares. Although resolution obviously decreases, there are a number of other features improving. For example, with 2x2 binning, resolution is halved, but sensitivity and dynamic range are increased by a factor of 4 (since the capacities of each potential well are summed), readout time is halved (frame rate doubled) and noise is quartered. 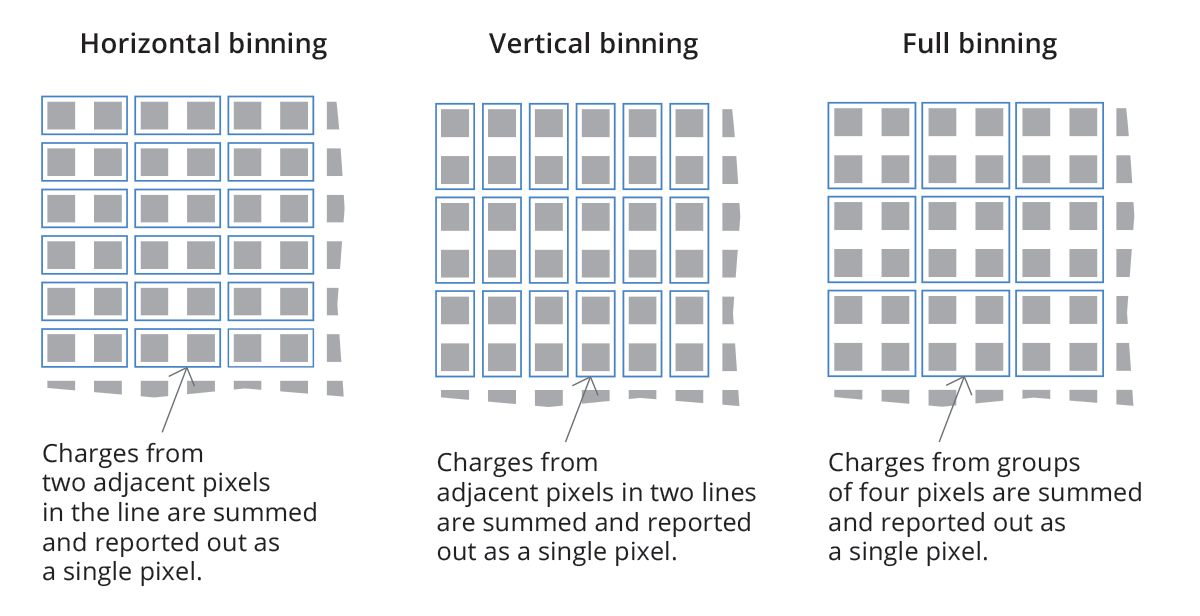