The main purpose of structured light projection is to detect and measure the deformation of the expected pattern on the scene. As an immediate consequence, structured light is used in 3D reconstruction of objects. 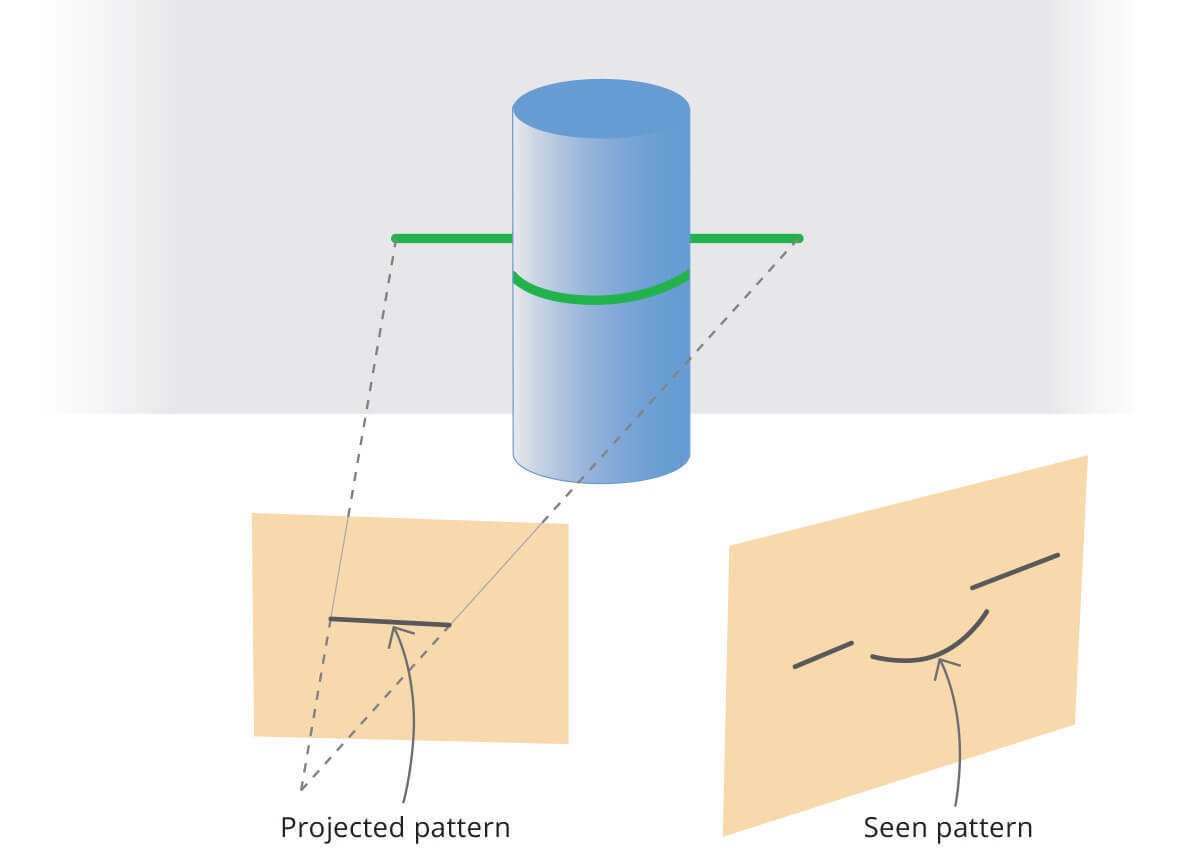 Some examples of structured light projection are:

Although both LED and laser sources are commonly used for pattern projection, the latter presents several disadvantages. The laser light profile of the line has a Gaussian shape, being higher at the center and decreasing at the edges of the stripe.

Additionally, reflective surfaces (e.g. metals) react in a peculiar way when lit with a LASER. The coherent radiation from the LASER gives rise to an effect called “speckle”, that is actual scattering of coherent radiation. The usage of LED lighting, that is intrinsically non-coherent, avoids the phenomenon.

With laser emitters, the illumination decays both across the line cross-section and along the line width. Additionally, lines from laser emitters show blurred edges and diffraction/speckle effects. 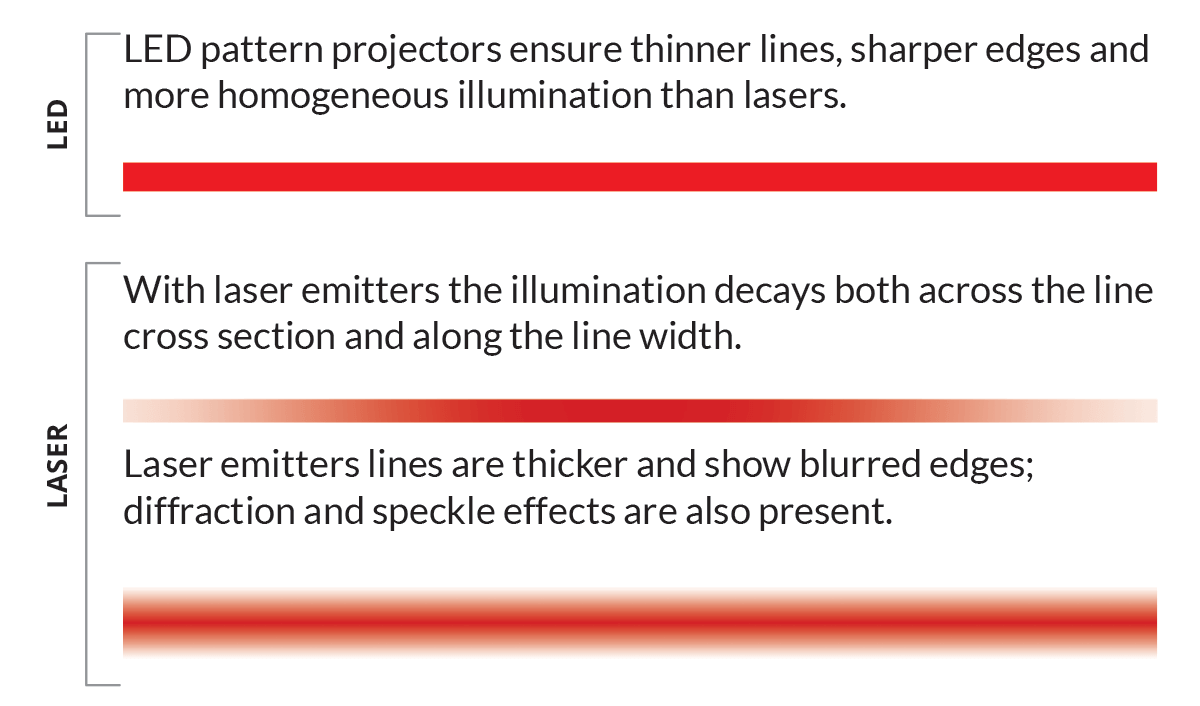 On the other hand, using LED lighting for structured illumination will eliminate these issues.

Opto Engineering® LED pattern projectors feature thinner lines, sharper edges and more homogeneous illumination than lasers. Since light is produced by a finite-size source, it can be stopped by a physical pattern with the desired features, collected by a common lens and projected on the surface.

Light intensity is constant through the projected pattern with no visible speckle, since LED light is much less coherent than laser light. Additionally, white light can be easily produced and used in the projection process.