In machine vision, light is mostly characterized by its wavelength, which is generally expressed in nm (nanometers). Basically light is electromagnetic radiation within a certain portion of the electromagnetic spectrum: it can be quasi-monochromatic (which means that it is characterized by a narrow wavelength band, i.e. with a single color) or white (distributed across the visible spectrum, i.e. it contains all colors).

Light visible to the human eye has wavelengths in the range of 400-700 nm, between the infrared (with longer wavelengths) and the ultraviolet (with shorter wavelengths): special applications might require IR or UV light instead of visible light. 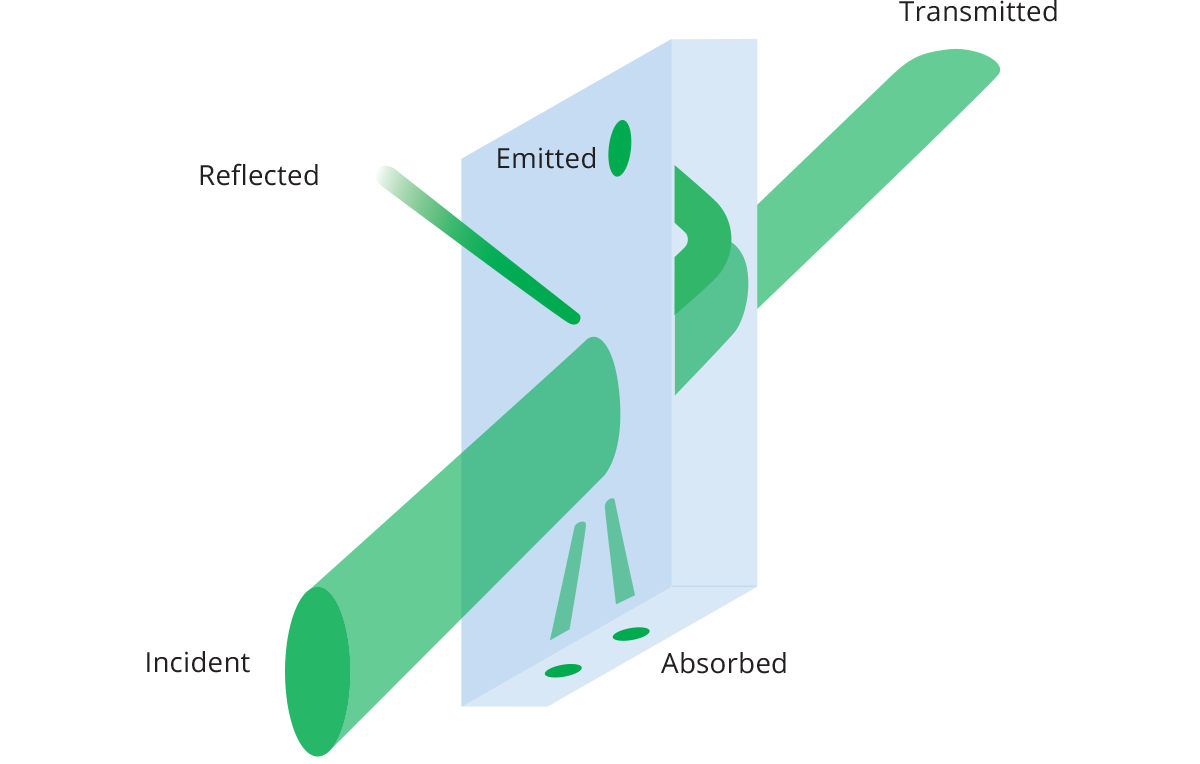 Basically, light interacts with materials by being

Additionally, when light travels across different media it refracts, i.e. it changes direction. The amount of refraction is inversely proportional to the light wavelength; i.e. violet light rays are bent more than red ones. This means that light with short wavelengths gets scattered more easily than light with long wavelengths when hitting a surface and is therefore, generally speaking, more suited for surface inspection applications.

In fact, if we ideally consider wavelength as the only parameter to be considered from the previous list, blue light is advised for applications such as scratch inspection while longer wavelengths such as red light are more suited for enhancing the silhouette of transparent materials.