Standard telecentric lenses accept ray cones whose axis is parallel to the main optical axis; if the lens is only telecentric in object space, ray cones passing through the optical system reach the detector from different angles depending upon the field position. Moreover, the optical wavefront is completely asymmetric since incoming telecentric rays become non-telecentric in image space. As a consequence, the spots generated by ray cones on the detector plane change in shape and dimension from point to point in image space (the point-spread function becomes non-symmetrical and a small circular spot grows larger and turns elliptical as you move from the image center towards the borders).

Even worse, when the object is displaced, rays coming from a certain field point generate a spot that moves back and forth over the image plane, thus causing a significant change in magnification. For this reason, non-bi-telecentric lenses show a lower magnification constancy although their telecentricity might be very good if measured only in the object space. Bi-telecentric lenses are telecentric in both object and image space, which means that principal rays are parallel not only when entering but also when exiting the lens. This feature is essential to overcome all the accuracy issues concerned with mono-telecentric lenses such as point spread function inhomogeneity and lack of magnification constancy through the field depth.

Field depth is the maximum acceptable displacement of an object from its best focus position. Beyond this limit, the image resolution becomes poor, because the rays coming from the object can’t create sufficiently small spots on the detector: blurring effect occurs because geometrical information carried by the optical rays spread over too many image pixels.

Depth of field basically depends upon the optics F/#, which is inversely proportional to the lens aperture diameter: the higher the f-number the larger the field depth, with a quasi-linear dependence. Increasing the F/# reduces ray cones divergence, allowing for smaller spots to form onto the detector; however, raising the F/# over certain values introduces diffraction effects which limit the maximum achievable resolution.

Bi-telecentricity is beneficial in maintaining a very good image contrast even when looking at very thick objects (see Fig. 34): the symmetry of the optical system and the rays parallelism help the image spots with staying symmetrical, which reduces the blur effect. This results in a field depth being perceived as 20-30% larger compared to non-bi-telecentric optics.

Bi-telecentric lenses boast a very even illumination of the detector, which comes useful in several applications such as LCD, textile and print quality control. When dichroic filters have to be integrated in the optical path for photometric or radiometric measurements, bi-telecentricity assures that the ray fan axis strikes the filter normal to its surface, thus preserving the optical band-pass over the whole detector area. 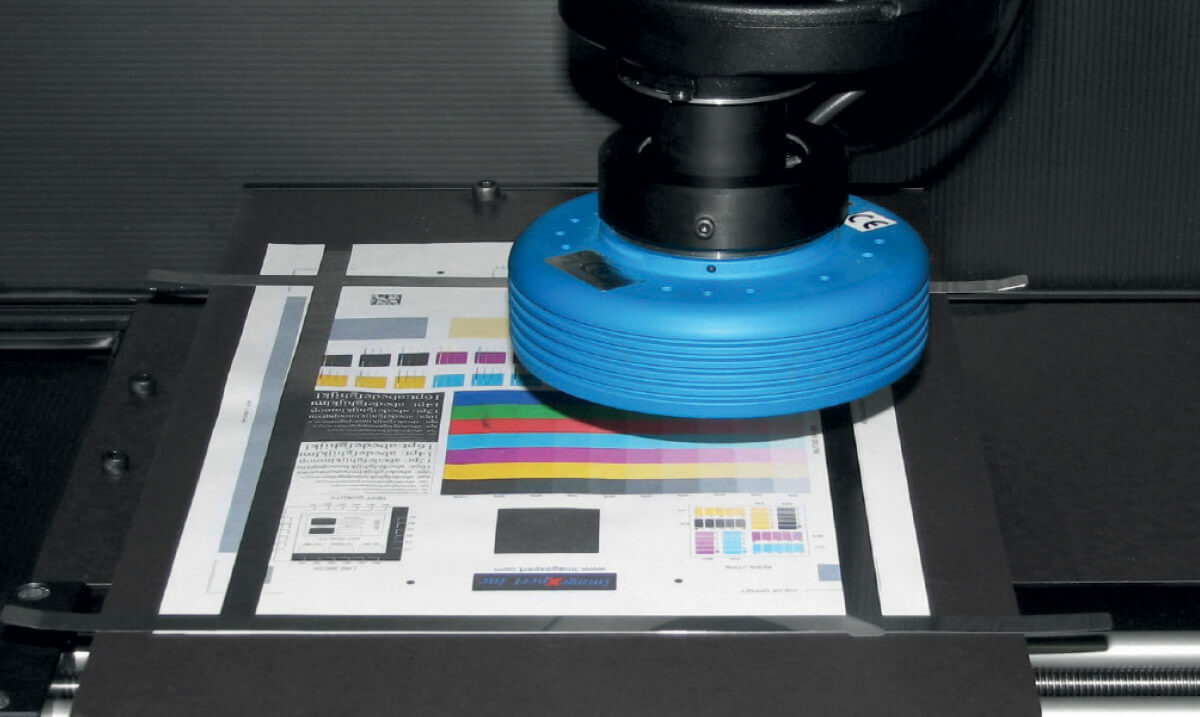